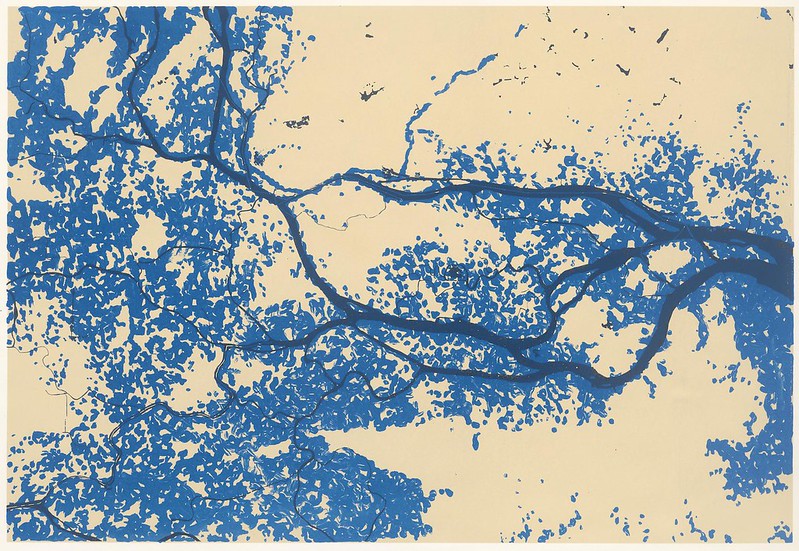 Guangzhou Delta Haiku: a project by Lucas Ihlein, in mid-2016, developed through two short residency periods in the south China city of Guangzhou.

In Guangzhou, I explored the geographical and social dimensions of the Pearl River Delta, the defining waterway of this region.

A series of blog posts – featuring stories, haiku, and photographs – are published here as an integral part of this project.

A summary of sorts, including images of the screenprints produced during the project, is here.

At the end of my visit to Guangzhou, I visited an excellent rice farming enterprise in a village in Northern Guangdong. You can read about that here.

The project is an initiative of 4A Centre for Contemporary Asian Art, in Sydney, and Observation Society (OS), in Guangzhou, as part of the 30th anniversary celebration of the sister city relationship between these two cities.

The project is punctuated by two exhibitions, both under the banner SEA PEARL/WHITE CLOUD: in Guangzhou and Sydney.

Lucas Ihlein’s work in Guangzhou is a co-production with designer John Causley at Big Fag Press; printers Liang and Cherie at Guangzhou Academy of Fine Arts.

Lucas Ihlein is an ARC DECRA Research Fellow at University of Wollongong.

This project has been assisted by the Australian Government through the Australia Council, its arts funding and advisory body.